This post was originally published on Tanesha’s blog Hope + Outrage.

All week, on social media and news outlets, there’s been coverage of Virginia’s Governor, Ralph Northam, denying claims of wearing blackface in the ’80s and refusing to resign over the controversy. 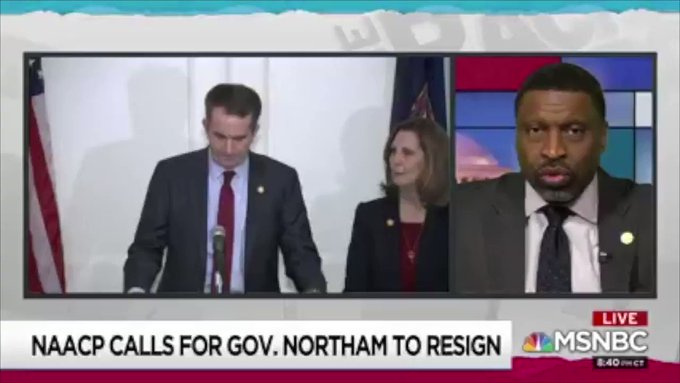 “For African Americans [Blackface and a Klan uniform] is the symbol of domestic terrorism…and for Northam and [Mark Herring], they have admitted to participating in this activity, and for that reason, we stand by our position — they should resign.” @DerrickNAACP

First of all, why are we surprised by racists doing racist things when racism is forever embedded in America’s DNA? They know what they’re doing when they do it, get caught, apologize and everyone moves on with life until the next incident happens.

But, I was a little irritated to see Black public figures making this the biggest deal.

I turned to CNN the other night and Don Lemon had a segment on it. Spike Lee was on the Anderson Cooper show going off and Al Sharpton was calling for resignation in The Hill. 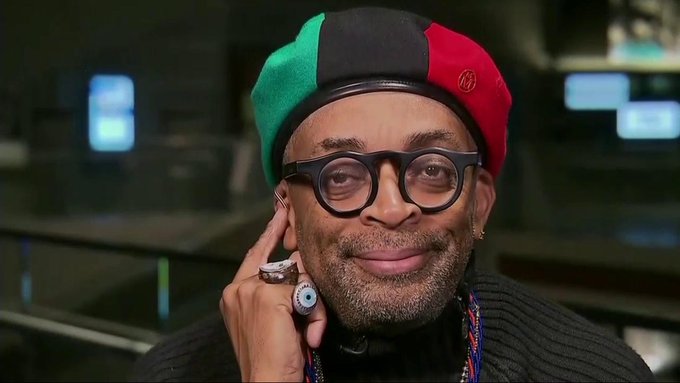 “Don’t they understand what this is about – the history – that it’s not funny … it’s hatred.”

Director #SpikeLee on the blackface scandals facing a pair of Va. politicians.

I get it. It’s a continuous slap in the face, we’re tired of being mistreated, want to take a stand and it’s a trending topic.

But these leaders have the platform and ample opportunities to amplify much larger issues that directly affect our community and they’re not fully taking advantage. Because while we’re in an uproar over blackface, Black faces continue to perish academically in a racially biased and discriminatory school system.

We all have to be outraged about that.

Hey, Don, can you carve out some time to talk about how Black pre-K students are being suspended at alarming rates? Apparently they’re being so aggressive with the Play-Doh that their teachers deem them a threat.

Yo, Spike! Did you know that Black kids in the suburbs of your home state of New York were catching hell, too? Not only are they being unfairly suspended but they’re also being held from taking AP classes because of the color of their skin—something we like to call the belief gap.

Leah Stewart, a 12th-grader at Greece Olympia High School outside Rochester, is part of an uncomfortable sort of club at school. She calls it “the five smart black girls.” https://www.usatoday.com/story/news/education/2019/02/04/black-history-month-february-schools-ap-racism-civil-rights/2748790002/ …

Elijah Goldberg thought he could handle precalculus. His guidance counselor pushed back. For black students, his experience is common one.

Now, don’t get me wrong, there are some celebrities using their platform to talk about education.

Like, I was so glad to see Killer Mike and DJ Envy get into a heated debate about school options for Black kids on The Breakfast Club—a radio show that has a large Black audience.

Jay Z and John Legend have consistently weighed in on the education conversation, the need for reform and more mental health services.

Some celebrities have started programs, opened and gone to bat for schools catering to underserved communities. LeBron James, P. Diddy and Chance the Rapper to name a few.

And of course the best First Lady ever, Michelle Obama, has always been an advocate for better education.

I’m not saying that Don, Spike and Al care about the wrong issues and nor am I saying that outrage over blackface shouldn’t be a “thing.” But it’s a smaller thing on the list of way bigger things that we need to be fighting.

So I don’t know if it’s selective outrage, feeling disempowered in certain areas or a lack of awareness but we can’t go on like this. Our Black kids are in a crisis and need us to be all over it.

We are a melanin-infused collective of educators and education advocates sharing our voices through our individual blogs. Through this magazine, we will offer our perspectives on education from our respective fields and locations -- uniting into one powerful voice. View all posts by One Voice Blog Magazine

Formerly known as The BoujeeRatchademic

Speaking Out for Better Nashville Schools

Fighting for education equity for ALL children using my powers to destroy the school-to-prison pipeline with every breath in my body & heartbeat in my soul.

Because parents know it takes a village.

The latest news on WordPress.com and the WordPress community.